Dr. Stacey Wood is one of the nation’s leading expert witnesses in the areas of decisional capacity and neuropsychology. Wood has vast experience as an expert witness across a broad spectrum of court cases involving decision making capacity here in California and nationwide. See Dr. Wood’s curriculum vitae.

Decision making capacity California is a general term that can be defined as “a threshold requirement for persons to retain the power to make decisions for themselves” (Appelbaum & Gutheil, 1991, p. 180). The principal determinant of this ability is cognition.

There are many things that can diminish one’s mental status, such as illnesses like Alzheimer’s Disease or certain medications and clinical therapies that have the potential to affect cognition. These sometimes result in impaired decision-making capacity.

A skillful decisional capacity California evaluation using a variety of assessment tools may also help determine the level of an individual’s cognitive impairments and enhance the efficacy of talks with their surrogate decision-maker.

It can also be of benefit as a guide for physicians when assessing competence and capacity to consent to treatment.

Clinical and legal professionals are increasingly turning to psychologists for opinions regarding the decision-making capacity of older adults. Conducting an interview and a full assessment of patient capacity helps determine the mental health of patients and ascertain whether or not a patient has sufficient capacity. This is an essential step in striking the correct balance between respecting individual liberty and behaving in a patient’s best interest.

Get help on
your next case

Get a hand from a proven California expert witness with deep experience in forensic neuropsychology. 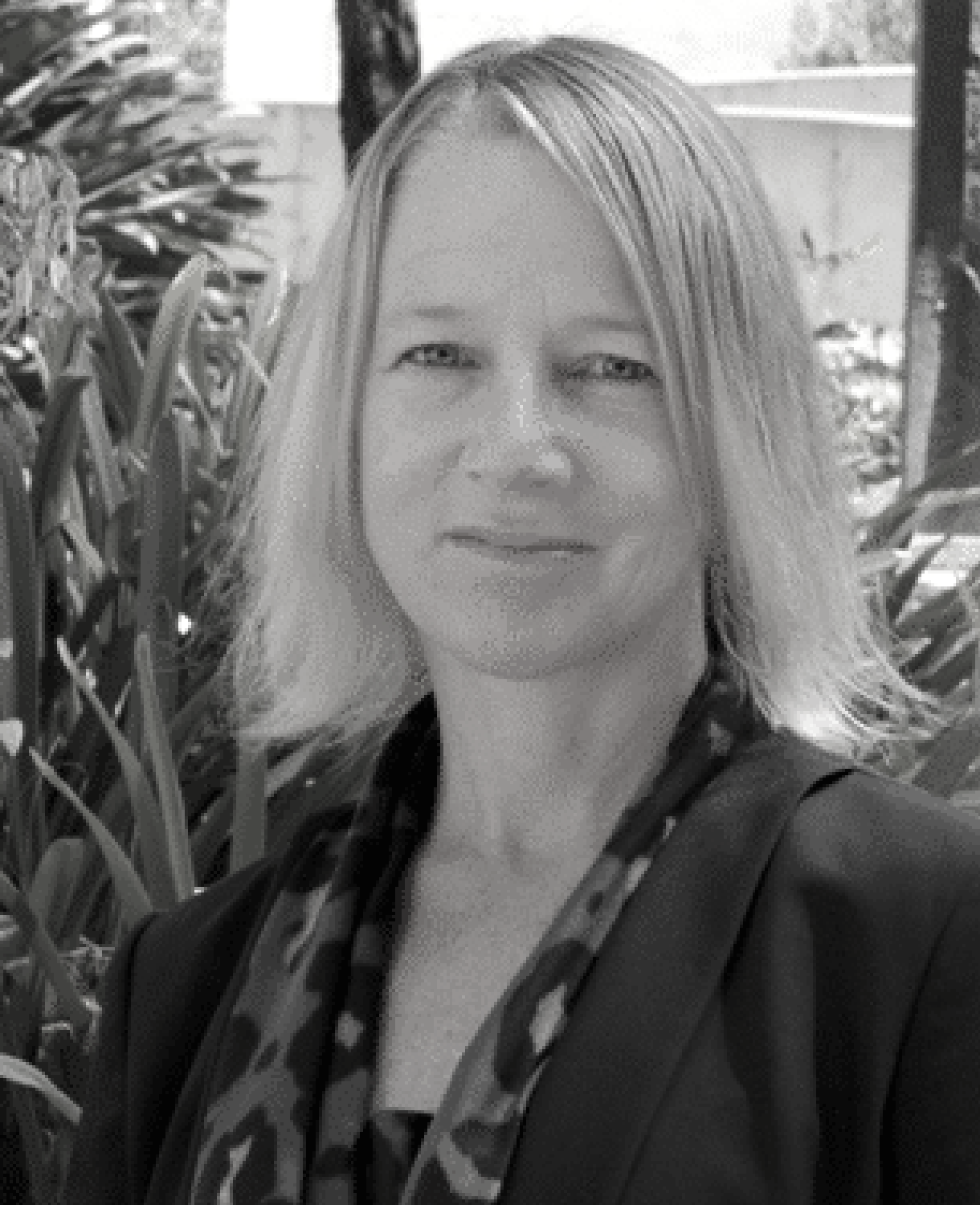 My scholarly interests are in the areas of neuropsychology and decision-making capacity from a lifespan development perspective. I am interested in how changes in the brain, emotion, and motivation interact across the lifespan to influence how we make decisions. I am especially interested in taking theoretical work and applying it to everyday types of decisions. One such application is in the area of assessing decision-making capacity for the courts. An understanding of cognitive mechanisms that may underlie specific types of legal decisions (i.e. testamentary, financial) can help us to design better tools and be more effective as witnesses.

Experience You Can Count On

Dr. Wood has experience in presenting these complex cases in her writing, reports, presentations and testifying. In fact, she is one of the leading witnesses in neuropsychology.

A Leader in Her Field of Study

Dr. Wood has published extensively in the area of decisional capacity and continues to be an active scholar in this area. As such, she is aware of new developments in the field and can help provide evidence-based solutions to these cases.

Dr. Wood’s scope of practice is limited to the assessment of older adults and dependent adults with diminished capacity. She understands the risks and benefits, as well as the values of American patients remaining as independent as responsibly possible.

In a comparison with her contemporaries, it is apparent that there are many reasons patients should choose Dr. Stacey Wood for conducting a formal interview, assessing competence and mental capacity to consent, and finding whether a surrogate decision-maker is necessary. 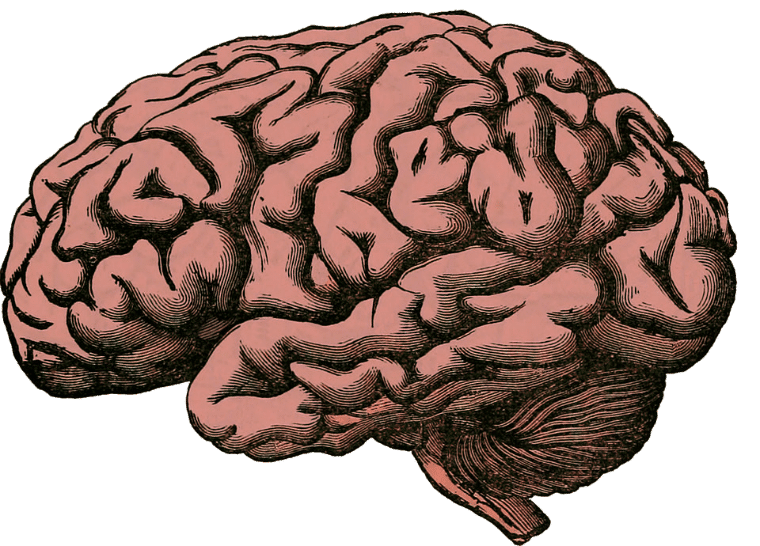 Interested in working with Dr. Wood on a decisional capacity case?

Published by the APA and ABA, Dr. Wood served as Lead Editor on the volume.

If you are tasked with a case involving undue influence in California, consider consulting with Dr. Stacey Wood.

Assessment of Capacity in the Aging Society

An excellent summary of key issues in the assessment of decision making capacity by Moye, Marson, and Edelstein.

When choosing a decision making capacity expert in California, it is prudent to avail yourself of as much information about the formal subject, as possible. Understanding what the various terms mean is a good start. Then contact a qualified neuropsychologist like Dr. Wood for a more through explanation.

Generally, the standard decision making capacity definition refers to the ability to create one’s own decisions. It is considered essential to the ethical values of respect for autonomy and is a key component of informed consent for treatment. Determining whether an individual has adequate capacity to make informed consent for treatment decisions is, therefore, an inherent element to interactions between clinician and patients.

If they can demonstrate understanding of the situation, awareness of the results of their choices, and the ability to reason through and communicate their decisions, they are deemed competent.

While competency and capacity are often used interchangeably, the general term decisional capacity can be defined as “a threshold requirement for persons to retain the power to make decisions for themselves” (Appelbaum & Gutheil, 1991, p. 180).

In clinical practice, there is often not a large distinction on decision making capacity vs competency. The vital differentiation is that psychological capacity refers to the ability to make decisions. Questions of ability are regulated by laws and will often apply to people who have a “mental disorder”. If capability is contested, decision making capacity procedures that act in the best interests of the individual can be put in motion alongside other lawful provisions.

Competence, however, denotes the capability to do tasks required to put decisions into effect. Questions of proficiency nevertheless entail evaluation and may apply to anybody, where other people have the legal powers to influence or control the individual’s actions.

Navigating the distinction in the courtroom can be complex and a decision making capacity expert in California can provide tremendous value.

Questions of “capacity” also occasionally extend to other contexts, such as capacity to stand trial at a court of law and the ability to make decisions regarding personal care and finances.

Questions regarding the patient’s competence to consent as well as the patient’s capacity for decision making California can come up in a number of jurisdictions, including criminal, probate, and civil matters. The specific legal standards depend on the jurisdiction that is at issue, which will be described more at other relevant points on the site.

I am based out of the Los Angeles-area but have worked with clients across California and the nation. If you have a case with a decision making capacity element, please don’t hesitate to contact me.

Is there a Decision-Making Capacity Assessment Tool?

There are a number of tools that have been developed to assist in the assessment of decision making capacity. For example, in cases where undue influence is suspected and a specific transaction is in question, I have found the Lichtenberg Financial Capacity Scale to be very helpful: View the Scale.

As legal and medical criteria are frequently being updated, continuing medical education (CME) is always advisable. This ensures an understanding of findings like those from the Alzheimer’s Disease study by Marson DC, treatment a guide for physicians,  as well as other procedures and assessment tools.

Overall, my clinical model of decisional capacity is based upon the Grisso and Applebaum model with modifications arising from the ABA / APA working group that includes:

How is a Decision Making Capacity Evaluation used in Court?

Decisional capacity California evaluations may be used in criminal (elder abuse), civil (fraud, will contest), and probate (conservatorship) matters. Typically a report serves to describe the approach and findings of the clinician relative to the issue at hand. The clinician’s opinion is one of the factors the court will consider.

SOC 341 is a report of suspected dependent adult/elder abuse in California.This form, as adopted by the California Department of Social Services (CDSS), is required under Welfare and Institutions Code (WIC) Sections 15630 and 15658(a)(1). This form documents the information given by the reporting party on the suspected incident of abuse or neglect of an elder or dependent adult.

The elder abuse statute of limitations for lawsuits in California is filing within two years of the intentional or negligent act. This is governed by the California Code of Civil Procedure 335.1.

Indicators of elder abuse include physical signs such as malnutrition, dehydration, bedsores, unexplained weight loss, and bruises. Behavioral indicators include agitation, anxiety, confusion, defensiveness, depression, withdrawal, and non-responsiveness. You may also notice that the elder may not be given the opportunity to speak for his or her self by caregivers or family members, caregivers express negative attitudes toward the elder, and that there are conflicting accounts of incidents by caregivers or family members.

Nationwide, approximately 1 in 10 Americans over the age of 60 have fallen victim to elder abuse, and some studies estimate as high as 5 million American elders who are abused each year. It’s approximated that only 1 in 14 elder abuse cases are reported to authorities.

In nearly 60% of incidents of elder abuse/neglect, the perpetrator is a family member. Of all elder abuse perpetrators, two-thirds are spouses or adult children, but elder abuse and neglect can be perpetrated by nursing professionals or other caregivers.

Elder abuse and neglect has a serious effect on the physical, emotional, and financial health of elderly individuals and can cause severe physical pain or mental suffering. Abused elders have a 300% higher risk of death in comparison to those who have not experienced abuse or neglect. Additionally, estimates of financial abuse and fraud costs to American senior citizens range from $2.9 billion to $36.5 billion each year.

As previously stated, California Adult Protective Services estimates there are nearly 120,000 cases of reported elder abuse in each year in the state. APS also estimates that for every case that is reported, there are four that go unreported, which would put the number of actual cases of elder abuse near 600,000 every year in California.

California elder abuse lawsuits involve the abuse and neglect of seniors and those in the care of others such as assisted living facilities, nursing homes, and home care situations. Not all elder abuse cases end in litigation, but many do.

In order to become a plaintiff filing an elder abuse lawsuit in California, you must have ‘legal standing’. California Civil Code of Procedure Section 367 states “Every action must be prosecuted in the name of the real party in interest, except as otherwise provided by statute CCCP 367.”  That means that the living elder must be considered the primary plaintiff in the lawsuit. However, a personal representative may be allowed to assist with the lawsuit under state law.

Plaintiffs in elder abuse lawsuits may include:

The lawsuit can include multiple plaintiffs. For example, a lawsuit regarding elder sexual abuse may name the abused elder as the primary plaintiff, but a spouse may also file for loss of consortium damages for their suffering caused by the loss of comfort and care of the abused plaintiff.

The statute of limitations under California elder abuse laws dictates that elder abuse lawsuits must be filed within two years of the intentional or negligent act. In civil proceedings in California, the California Welfare and Institutions Code that are most commonly cited include 15610.3, 15630, and 15657.

The standard reporting mechanism for elder abuse California is SOC 341. The Report of Suspected Dependent Adult/Elder Abuse is required under the Welfare and Institutions Code (WIC) Sections 15630 and 15658(a)(1). This form documents the information given by the reporting party on the suspected incident of abuse or neglect of an elder or dependent adult.

If a senior is in immediate danger, call 911. If you suspect that a senior is being abused or neglected, you should contact a local Adult Protective Services office, Long-Term Care Ombudsman, or the police as soon as possible.