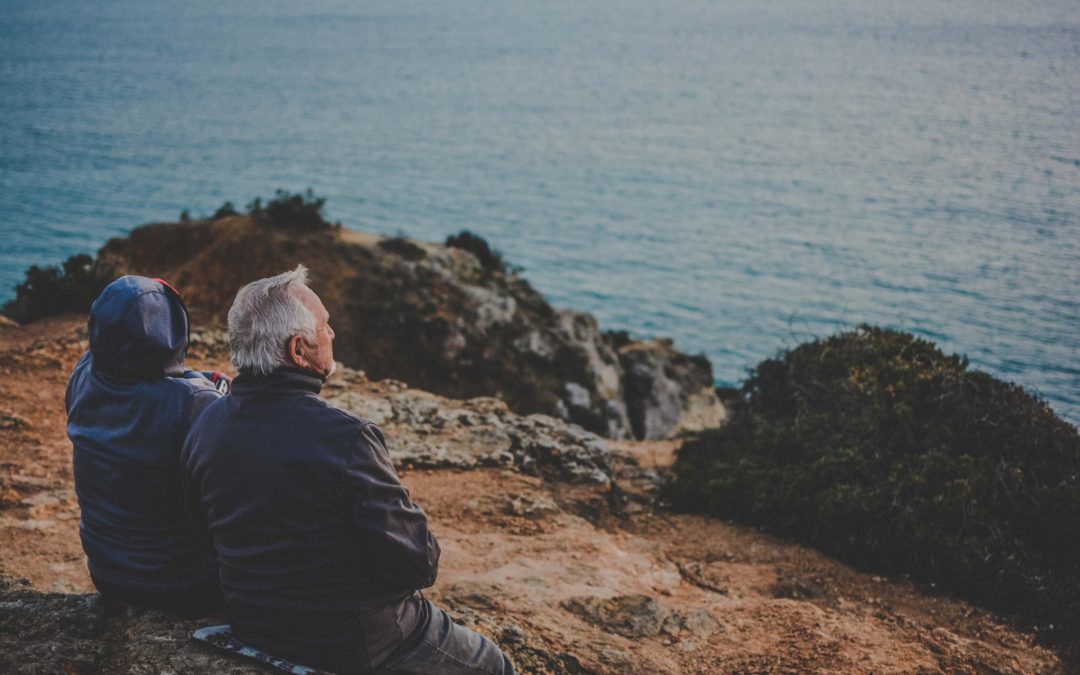 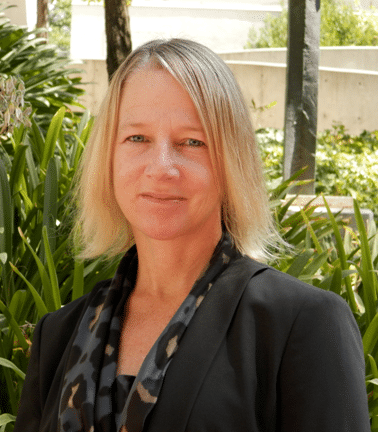 Dr. Stacey Wood, Ph.D., is a forensic neuropsychologist and one of the nation’s leading experts on financial elder abuse and fraud. Her rich experience as a researcher, clinician and in the courtroom make her an ideal addition to your legal team’s next case. CV / Contact Now.

The impacts of fraud and financial exploitation on seniors reach far beyond finances. However, attorneys and supporting professionals have the power to help.

What Is Financial Exploitation, and How Does It Happen?

Financial exploitation is a form of elder abuse that involves the illegal, unauthorized, or improper use of a vulnerable adult’s resources for the perpetrator’s personal gain. While anyone can fall victim to financial exploitation, seniors are some of the most common victims, and I witness its effects all too often in my practice as a geropsychology expert. In this article, I share what I’ve learned from my research and experience, with added insight from some of the nation’s leading elder law attorneys.

Unfortunately, there is an almost endless number of ways by which someone can financially exploit an older adult. Common types of financial exploitation include theft, fraud, forgery, the improper use of guardianship or power of attorney, and the use of coercion, deception, or false pretenses to surrender finances or property. Harassment, duress, or threats may also be used to coerce the victim.

Electronic scams such as “phishing” emails and lottery or sweepstake scams are some of the most well-known forms of financial exploitation designed to target seniors. However, more covert forms of exploitation involving real estate, contractors, mortgages, investments, insurance, and even romantic or familial relationships are just as pervasive.

Perpetrators often attempt to build a relationship with the victim to establish trust, or they may take advantage of a relationship that already exists. Since seniors are especially vulnerable to loneliness, isolation, and elevated trust levels, they can be an ideal target for this type of deception. When other risk factors like cognitive impairment, poor physical health, and a subsequent need for daily assistance come into play, an older adult’s vulnerability to these acts, as well as their risk of experiencing serious non-economic impacts as a result of it, only amplifies.

What Are the Non-Economic Impacts of Fraud and Financial Exploitation?

Financial exploitation is one of the most common types of elder abuse, with numbers rising at staggering rates. Despite this, the devastating effects of this form of exploitation, outside of the expected financial impacts, remain little understood in the general public.

Being financially exploited can be a truly traumatic experience for an older adult, and seniors who fall victim to fraud and financial exploitation often experience a range of significant mental health symptoms as a result of it. These include the following:

These mental health impacts are often accompanied by or expressed as intense emotions such as anger, rage, worry, hopelessness, despair, shock, betrayal, self-blame, shame, bitterness, despair, and lack of confidence. When experienced for a prolonged period of time, these feelings can have destructive impacts on all areas of a senior’s life.

Stress has been shown to directly impact one’s physical health, especially in individuals with pre-existing conditions. From poor sleep and pain to lower subjective health, it’s clear that financial exploitation, like other forms of abuse, threatens not only the mind, but also the body.

A senior’s feelings of betrayal, bitterness, and shame can also translate into changes in attitudes, which in turn impacts their relationships. They may be less trusting of people in general, but more specifically friends, family members, and institutions. This distrust leads to isolation and a loss of relationships, which in turn leads to a lower quality of life.

“My clients who have been victims of fraud feel intense shame. The shame arises from the recognition that they were duped, and it is intensified by the uncomfortable attention that the fraud attracts from clients’ children, social service agencies, law enforcement, and the court. Often, these clients feel and are treated like vulnerable children. The embarrassment of this indignity causes some clients to close themselves off from their support network, and makes them even more vulnerable to self-neglect and exploitation.”

Additional feelings of self-doubt and an inability to plan for the future can leave a senior feeling lost, stagnant, and powerless. In the most severe cases of financial exploitation, a senior can experience significant debt, tax burdens, and even homelessness, further compounding these psychological impacts. 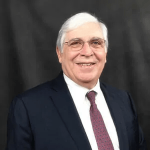 While most younger people could expect to eventually recover from these impacts, older adults have different time horizons, so any effects will have a greater sense of permanency for them. Michael Hackard of Hackard Law in Sacramento, California expands on this idea:

“The harm to elders is often the “golden year model.” When time is limited, it is more precious. Not all time is equal. A limited time frame of misery for a middle aged person is different than an elder’s misery for all the rest of their life. They will never return to life as they knew it.” 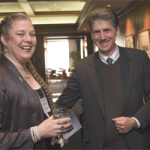 Financial abuse and fraud can also impact the finances and emotional well-being of future generations, whether it’s due to family members taking care of the exploited senior’s damaged finances, a depletion of assets to be eventually passed down to loved ones, or the emotional burden that loved ones carry. This is explained further by Cole Prescott, Senior Staff Attorney at California Advocates for Nursing Home Reform:

“The non-economic impact of financial elder abuse isn’t limited to an elder’s loss of self-confidence, the feeling of safety, and or increased mortality rate. It also can devastate a victim’s family and loved ones. The “unsung victims” of financial elder abuse are those who struggle to prevent the elder from further harm while managing their frustrations trying to reason with someone who, because of their failing abilities, are incapable of accepting their counsel.”

Fortunately, not all hope is lost if a senior is exposed to financial exploitation, but it takes a quick and coordinated effort between loved ones and supporting professionals to mitigate its effects before it takes a destructive and irreversible toll on a senior’s well-being.

What Are Warning Signs of Financial Exploitation?

When financial exploitation occurs, early intervention is key to stop the abuse and limit the spread and severity of its impacts. Since it is so pervasive among seniors, anyone who regularly spends time with an older adult should be aware of—and on the lookout for—the warning signs of financial exploitation.

First, any changes in a senior’s mental health or behavior should be treated as a warning sign of abuse. Some individuals may openly express feelings of shame, hopelessness, or distrust, while others may show more subtle signs of depression or other psychological impacts, including isolation, irritability, and a diminished interest in previously-enjoyed activities. 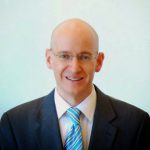 While these may be difficult to measure, one clear sign is if the elderly person stops answering the phone, as explained by Paul Black of The Law Office of Paul Black:

“The biggest non-economic impact of fraud on seniors is that a vulnerable and isolated senior who is targeted by scammers (often by phone) often stops answering their phone regularly after receiving so many unwanted calls. This common response to being inundated with constant phone calls can leave a senior even more isolated if they are not answering phone calls from family, friends, or neighbors who truly care about them.”

It’s also important to look out for any resulting physical changes, such as sudden, significant weight loss or gain and signs of poor sleep like baggy eyes, lethargy, and unexplained impairments in memory.

Other, more obvious, signs of financial exploitation can include events such as sudden changes in one’s financial situation, including unpaid bills, termination of vital utilities, and notices for eviction, foreclosure, or repossession despite adequate income. In addition to a reluctance toward discussions of financial matters, checks written to “cash”, unexplained changes to estate documents, or promiscuous spending can also be warning signs.

How Can Attorneys and Other Supporting Professionals Help?

Attorneys and other supporting professionals who work directly with seniors are in a unique position to help their clients who are facing financial exploitation.

This begins with establishing trust. However, Kimberly Swierenga of Swierenga Law & Mediation adds that this may be more difficult than it sounds:

“The biggest thing about the non-economic damages is the emotional trauma and the sense of betrayal that Elders are left with. They’ve trusted somebody that betrayed their trust. Now, they don’t know who to believe anymore — this makes it difficult for them to trust attorneys and it makes it difficult for them to trust their family members and previously trusted inner circle of people.”

That doesn’t mean that all hope is lost, though. Atlanta elder law attorney Paul Black shares his strategy:

“In my practice, we employ a multi-pronged approach to break the vicious cycle of isolation, including legally empowering a vulnerable senior’s friends or family to filter mail solicitations (or even email) when appropriate, using call blocker devices for landline phones, and scheduling regular times when the senior can expect phone calls from friends and family for regular check-ins.”

Additionally, if a client’s case goes to trial, it’s important for attorneys to understand exactly what was lost and correctly convey that to the juries so they can be fully and fairly compensated for their losses, as explained by Hackard Law’s Michael Hackard:

“Juries can get all mixed up if the reference to noneconomic damages is simply to physical pain, mental suffering and emotional distress. It’s important that each of the elements that comprise noneconomic damages be initially addressed. Some may weigh more than others. In my experience plaintiff lawyers will often fail to break down the injuries, defense lawyers will lump them all into something that looks like nothing, and judges may not be attuned to the real noneconomic damages suffered.”

So, what’s the solution? According to Michael, three questions must be asked regarding each of the harms:

The answers to those questions can help guide attorneys in the right direction when determining and communicating the full loss sustained by their client. Michael adds:

“Noneconomic damages should measure all that was taken – not all that they would get. No one in their right mind would volunteer to go through what the elder has just to get a damage verdict. They just need to be compensated for what was taken away.”

While the non-economic impacts of financial exploitation are well-established, recognizing and effectively addressing them isn’t always as simple. However, with a coordinated and compassionate effort from loved ones, attorneys, and supporting professionals, a senior who has experienced these impacts will have significantly greater odds of recovery.